Looking unto Jesus — chapter by chapter

June 19-30, 2021: This trip was one of continuous amazement over His goodness and faithfulness during a time of much uncertainty in the world around us. When the effects of Covid-19 on travel, planning, logistics, and team formation seemed impossible in our human wisdom, God still was in control of all things and His perfect plan was still to be accomplished.

As our trip drew near this year, the Lord allowed the enemy to test our faith several times through many hurdles. This first included the team getting access to the Covid vaccination to make travel to Africa in an epidemic possible. The Lord was up to the task and provided it in His perfect timing. The next was having our airline tickets cancelled just weeks before departure. The Lord provided tickets on another airline, for the same days, with additional baggage included, just a month before departure. Next, all our in-country plans were changed two days prior to travel due to new Covid restrictions in Kenya. Thirteen western counties, including the one where we had planned to work the following week in Malava were shutdown. This required trusting the Lord to lead us into areas that He had already been working in but we hadn’t even considered. Finally, the Covid test itself was a hurdle due to the timing of the test results and the arrival dates in Nairobi. Even though we received negative results for all six team members to fit the time window, the gate agent tried to tell us it was not the right timing and we wouldn’t be able to go. Fortunately the Lord intervened at check in and changed the mind of the agent so we could board the plane. We thanked the Lord for all the prayer warriors He had raised up to fight these battles. 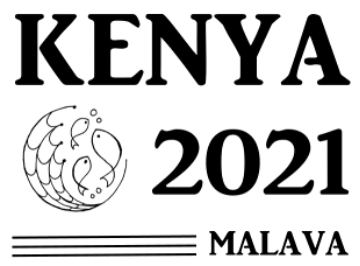 “Follow Me, and I will make you fishers of men”

After we got on the plane, His protection was obvious to all. We traveled through Amsterdam and on to Nairobi with no issues. He allowed us to get through Covid checks, customs, and get all our bags, greet Mama Aida and Pastor Timothy, before safely getting to our hotel despite traveling at night during the curfew.

During the previous three days, the Lord had provided wisdom to the local church pastors and elders and they determined that an area, about two miles from the location of the 2003 church plant, Eldoret Bible Community Church was what the Lord had planned for us in 2021. The area called Hill School, was a highly populated area near the law school at Moi University. This urban setting was made up of shops, bars/discos, pool halls, and apartments, with very few individual homes like we had planned to evangelize. The Lord knew He was sending us there which is why He assembled a team of veteran evangelists, including three additional missionaries living in Uganda and Kenya who were under lockdown but the Lord freed up to join our team. We couldn’t help but compare this trip with what the Apostle Paul had encountered when he desired to go north into Asia in Acts 16 but instead was called to Macedonia, meeting not the man of his vision but Lydia instead.

One of those unexpected encounters in Hill School happened when Anna was walking down the street after leaving the disco, early in the afternoon, where she had been since the night before. She had been drinking but was sobering up. Anna is a young woman in her early 20’s who the Lord arranged to be there just prior to the team heading back to the church after four hours of primarily street evangelism, Anna was the last one spoken to that day. Pastor Luke asked her if she could stop and talk to us while we waited for the vans to pick us up. When asked, Anna understood the gospel and had made a decision to trust Christ as her Savior back in 2016 but had turned away from the Lord. Initially she said she was a backslider, that she had stopped attending church, and was no longer active in a body of believers. She was now drinking regularly and she was considering suicide as her life was out of control.  As she continued, the Lord was drawing her back to Him, tears began to flow as she was confronted with the love of Jesus and His desire for her to return to the personal relationship they had shared earlier. She began sobbing as she spoke of her mother’s sickness and recent stroke. We prayed for her and her mother. We encouraged Anna that the Lord brought our team to meet her where she was and that there was a bible believing Kenyan church, Eldoret Bible Community Church nearby where a trained bible teacher, Pastor Fred Wataka who lived in a house next to the church, would love her and minister to her along with his wife Jennifer and the body of believers there. Just at that moment the Lord brought Fred to that location so that she could meet her new pastor. So often we think God’s plan is only for the unbelievers but His Perfect Plan is for His lost sheep as well.

Another special blessing also came the first day visiting Hill School when one of our team was a paired with Isaac Orina, who is an elder in the Eldoret church and used to live near the area that we were visiting. “Isaac and I were standing on a busy street and we began to share with a women in a little shop stall. (think old time bank teller window). After a few minutes of introduction another women came and opened a side door and led us into what turned out to be an apartment complex. We were encouraged to share freely with the people living there. It seemed to be wash day since we mostly encountered women scrubbing their clothes in plastic wash buckets. As we turned the corner of the complex we met a man sitting in front of his little room. He welcomed us and introduced himself as “Nicholas, you know like Nicodemus in the Bible”. He understood and spoke very good English. He let us know that he was 52 years old and was very concerned about his grown children and the choices they had been making.  He was excited and open to listen to us as we shared with him. After hearing who Jesus was and what He had done for him, Nicholas made a decision to put his trust in Jesus that day for his salvation.  We invited him to attend the evening crusade that would be held in an open field nearby. We encouraged him to bring his family to the crusade if they were willing to come. That evening Nicholas showed up alone. We greeted him but he sat quietly alone listening intently to the testimonies and the speaker. I was not able to attend the crusade the next evening but was happy to hear from my team mates that Nicholas was there. He attended every crusade. He never asked for anything, he just sat and soaked in the teaching. Friday was the last crusade that we would be able to attend and I was happy to not only see my friend Nicholas but to see that he had bought himself a Bible and had brought it with him. When the crusade ended I told him that I hoped he could attend the church on Sunday. He assured us that he would be there and added “You have changed my life”. We reminded him that it is God who changes our lives but we were thankful to be used by God to reach him.  As promised Nicholas was there on Sunday, Bible in hand. He attended the men’s Sunday school before the service and it was reported to me that the men helped him locate the book of Titus in his Bible as that was where the morning teaching was found. Nicholas reminds me of the Old Song we sang in Sunday school “I have decided to follow Jesus…” Please join me in praying that his family will see the change in their dad and will also choose to trust in Christ. I pray also that he “doesn’t turn back” even if “none go with him”.”

Another encounter God had planned was “While walking through a smaller side street with my translator, I noticed a boy, Will, of about 10 or 11, standing in a corner by a gate leading into a courtyard of one story apartments. He looked at me curiously and I felt we needed to share the gospel with him. We started and he listened intently. Then a teenager came through the gate toward us and joined the gospel presentation. In the end the teenager said, he wasn’t ready to pray with us and walked away. Will stayed and when asked if he wanted to trust Christ, he nodded his head and prayed with us. I was very happy that Will didn’t follow the teenager’s example but made his own decision.” 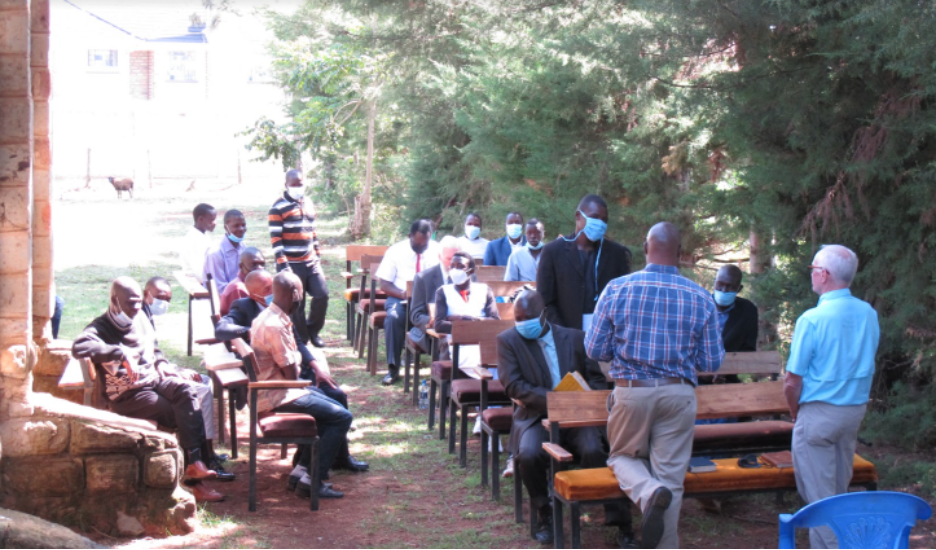 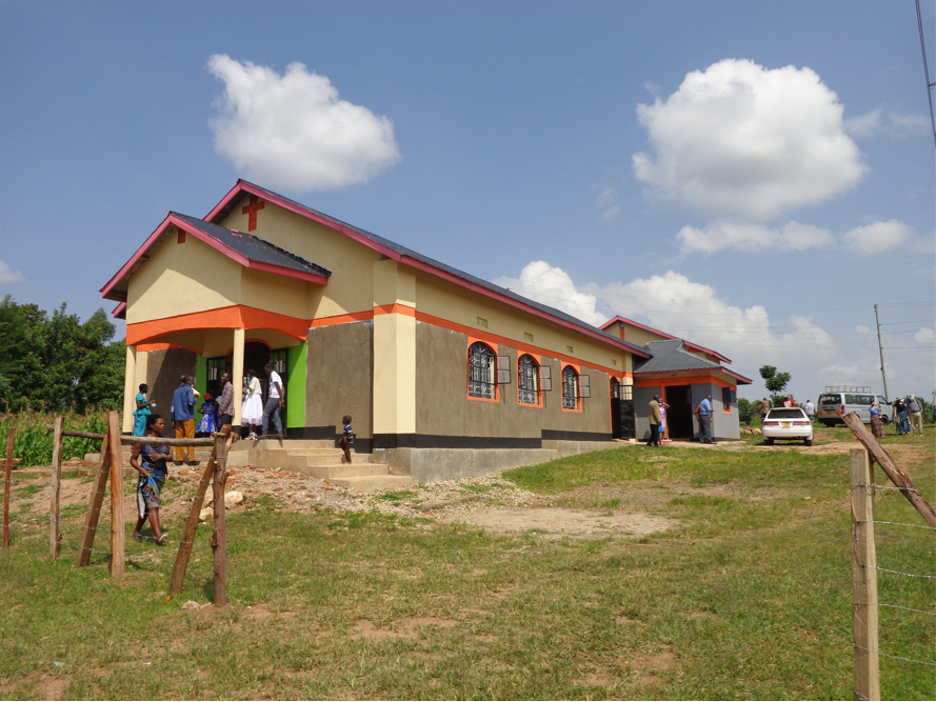 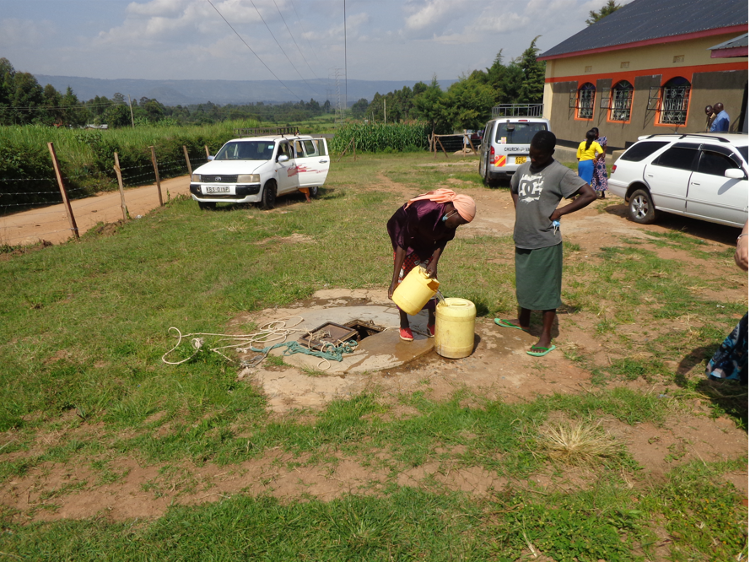 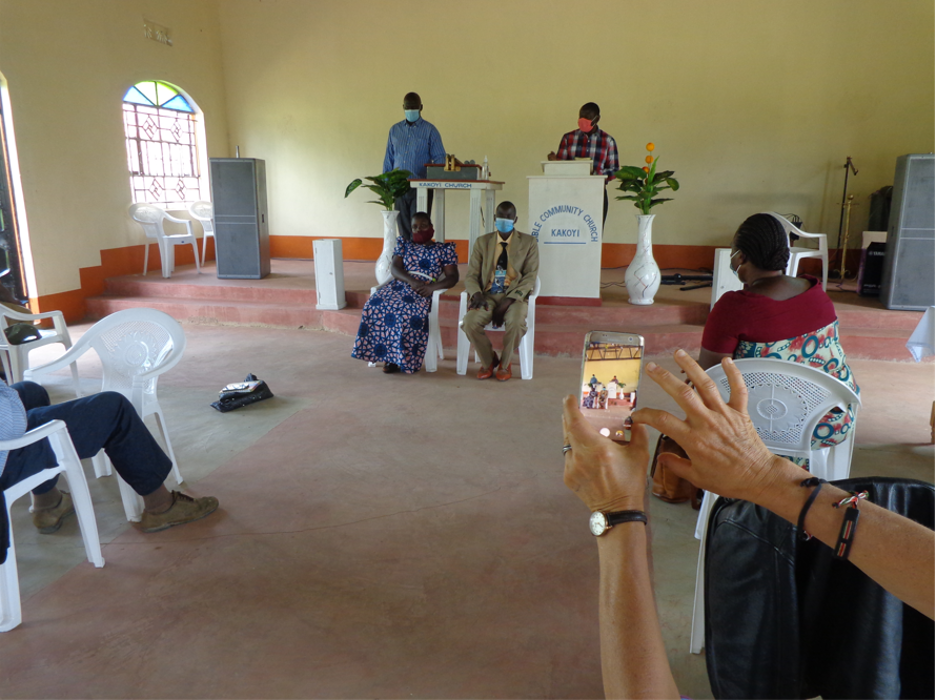 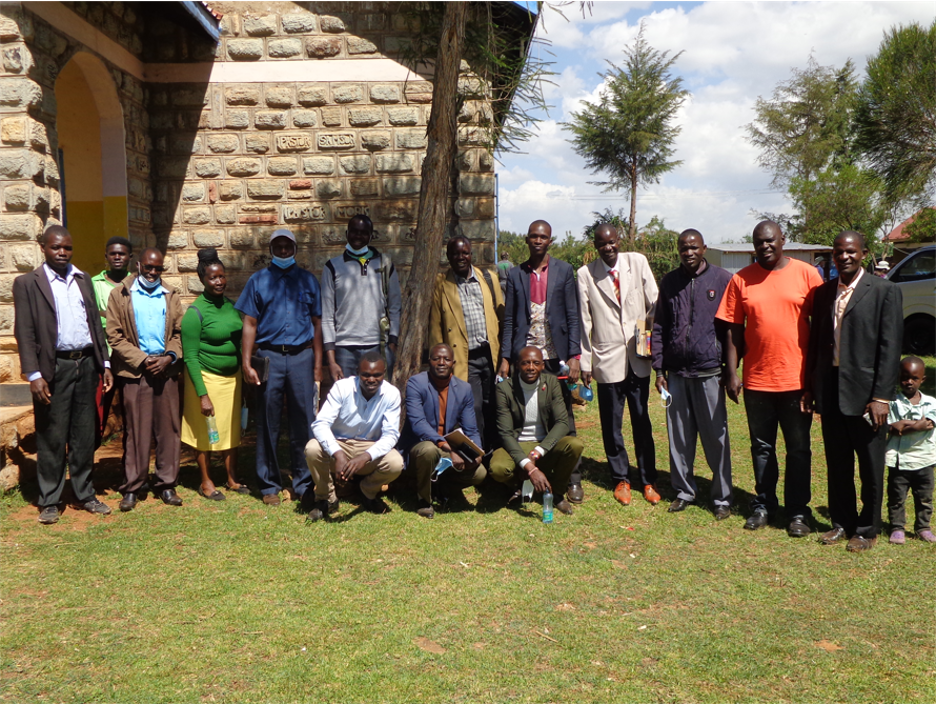 Our Kenyan Partners, in front of Eldoret BCC. 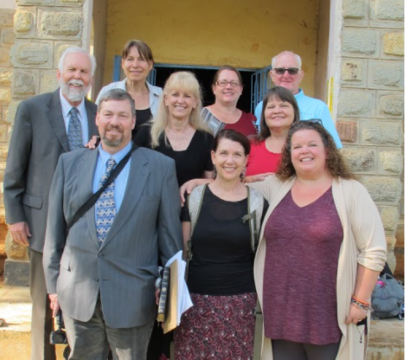 The Mzungu team on the steps of Eldoret BCC.

During our five days in Hill School the team spoke one on one with over 1,000 people and over 700 prayed to trust in Him and Him alone for their salvation.

Even with the abrupt change in schedule and with all the Covid restrictions in place (some prisons were in the locked down counties), our local partners, Pastor Sampson for prison ministry and Pastor Fred for school ministry, were able to arrange for us to visit five prisons and two schools with the Lord’s guidance. Over 1,000 prisoners, men and women, as well as guards and chaplains of different faiths were able to hear clear gospel presentations and over 100 prayed to trust Him for their salvation. During Covid we were able to supply $2,000 to purchase desperately needed soap for the prisoners when, for most prisoners, even their family members had been refused access for almost a year and a half.

The Lord arranged a special surprise for the team on Saturday as we were able to travel through two closed counties and visit the site of the church plant in Malava Sub-district where we had originally planned to evangelize the area surrounding the new church and pastor’s house.

Pastor Barasa was left with 1,000 gospel tracts and the nearby church plants are planning to partner with this new church to complete the church plant with a team of 20 Kenyan evangelists and interpreters as soon as the Covid lockdown in the western counties is lifted. Please pray for the Lord’s hand in making this work successful, for His glory and that His Spirit leads the pastor and his congregation during these trying times.

During the week, over 2,000 heard a clear gospel presentation and as a result of the work He did in preparing their hearts, over 800 trusted in Him for their salvation. To God be the glory, great things He has done! Thank you so much for your prayers as the Lord used them to strengthen the team and fight off the enemies attacks.

Please pray for all the new believers, that they will have a hunger for His word and begin attending a bible believing church in the area, growing in Christlikeness. Please also pray for those who heard the word but haven’t trusted in His work on the cross for their salvation. Also pray for the believers that were encouraged by the team that they will become leaders in whatever church the Lord leads them to. Finally, please pray for Pastor Fred Wataka in Eldoret as they assimilate all the new believers and for the believers who hadn’t found a church home where they could be loved and encouraged.